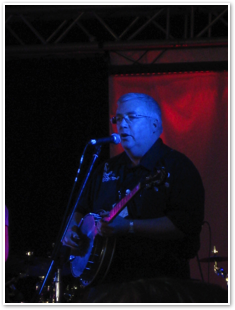 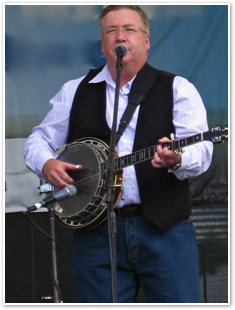 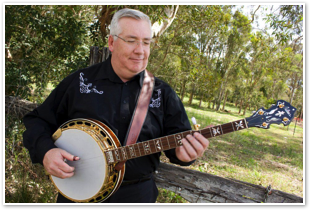 My dad bought a 5 string banjo at Montgomery’s Music City shop around 1980.  It was a $150 Recital banjo with guitar tuners.  He also picked up the Earl Scruggs Instruction Book.   I found out later that there was an LP that went with the book, but we weren’t able to get a copy.

Not sure where I first heard Duelling Banjos, but it was the song that got me hooked.  There were also a few movies that had banjos in the soundtrack.  Smokie and the Bandit had some great picking in the background.

I attempted to learn from the Earl Scruggs book.   There were no teachers in Cairns.  It was a struggle, as the only song I had heard before was Ballad of Jed Clampett!  I didn’t even know how Cripple Creek was supposed to sound.

I would scour the local Chandlers record shop for any albums that may contain banjo music. The Hamilton County Bluegrass Band from NZ was one of the first bluegrass bands I came across with the great Paul Trenwith on banjo.

Eventually I found a banjo player in Cairns who was able to give me a few lessons and point me in the right direction.  I would practise till late in the night and recall my parents calling out for me to stop.  Their bedroom was next to mine.  Stuffing a towel in the resonator helped a little but it was a nuisance having to remove the resonator.  A wooden peg clipped to the bridge also helped.